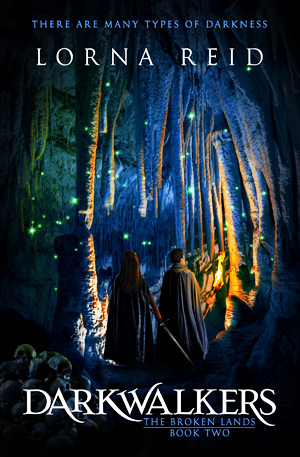 For a list of online vendors please see below.

When a magical accident shatters Danny’s world, nothing will ever be the same. Only the Darklands, forbidden and sealed, hold the key to saving him, but time is running perilously short.

When they get separated from their shadowy guide, Danny and Katrina must fight through the sinister underworld of the Darklands together, each facing their own dark awakenings while evil closes in.

Meanwhile, Poppy and Russell have their own struggles, as a reckless decision leads to disaster. They are forced on a terrifying journey, beset by shadows, and pursued by death. A face from their past offers the only flicker of hope that they have, but will it be enough and how far can they trust?

With the friends divided, each will walk their own dark paths… but what and who will they find, and will Danny’s race against time end in grief?

Darkwalkers is the second book in The Broken Lands fantasy series.